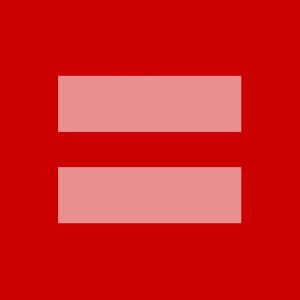 Most of you will hear snippets on the radio or see a headline. You’ll see a few comments or profile picture changes on Facebook.

Some of you may think, “Why are we even still talking about this?” Others may say to themselves, “That’s a very sad story;” and then go about their business of the day. Some will be angry that the government enforcement of their religious beliefs are about to be “discarded on the ash heap of history,” as one Pennsylvania judge said last year.  Others may not know what I’m writing about at all – please read on if you don’t and if you care.

Obergefell is the guy who flew from Cincinnati to Maryland in a medical transport plane to marry his long-time partner who was dying of Lou Gehrig’s Disease (ALS). The partner, John, is dead. Obergefell would like to be listed as his husband on the death certificate but cannot be because Ohio, where they lived together and where John died, does not recognize gay marriage. This is one of the petitions before the U.S. Supreme Court tomorrow along with other sad stories of discrimination.

I’ve been putting on a happy face about these cases for a lot of years. I am happy with the Windsor decision (2013) and with many of the opinions that I read in the ensuing years. Today, I’m here to say I’m not really happy. I’m angry. It’s just not pleasant to sit and listen to people debate my life, but that’s what I’ll be doing again tomorrow.

The Supreme Court doesn’t allow live broadcast of its hearings. There will be blogging and tweeting and a recorded tape will be released some hours after the arguments end. The courtroom is actually quite small. There is more seating in most U.S. District Court courtrooms than in the U.S. Supreme Court. People care so much about Tuesday’s arguments that the line to get in started to form at 6:00 a.m. on Friday. Those folks staying in line are quite weary by now. I’m weary, too. Along with being angry.

Here are a few things I’ll be remembering tomorrow as I read the live stream blog of the Supreme Court arguments and throughout the coming months as we wait for the June decision:

Since Windsor, we’ve watched lower court decisions roll out in our favor at a tremendous pace. However, the Sixth Circuit Court of Appeals held in a 2-1 decision that courts should not decide whether states are required by the Equal Protection Clause of the U.S. Constitution to issue marriage licenses to same-sex couples. These two judges think that the right to marry should be governed by political forces in state legislatures and by voter referenda. That’s the first question before the U.S. Supreme Court tomorrow. If they discard that tired argument, it gets complicated, but we are likely to win.

Is this too soon, as some have said? Is it too shocking? Should we be patient and go state-by-state to gain the support even more slowly than we have?

I’m weary and angry and enough is finally enough.  I look forward to victory in June.

Note to readers: I cite to Wikipedia instead of the actual cases to make the source material more readable for you. You can follow the Wikipedia citations for more details if you wish.